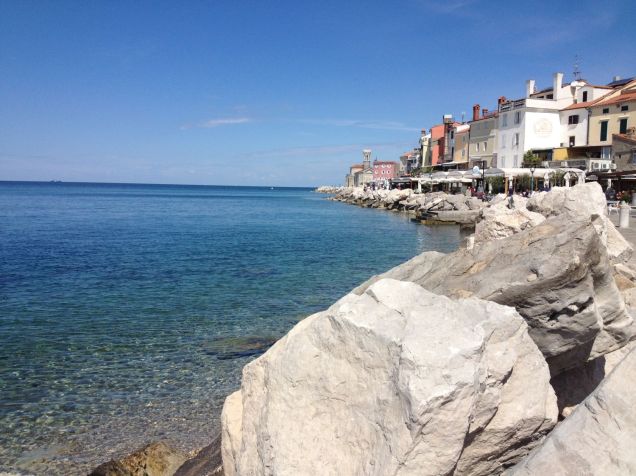 If you’ve read last week’s Honeymoon Sweet blog post, you would know that Thomas and I have been to Piran once before, not long after we first met.

This time we were heading there as an old married couple (well, not that old) to meet a friend I’d met travelling years before, and his fiancée, holidaying in Europe. I’d first met Mikey (also known as the Roaming Kangaroo, a fellow wordpress blogger – you can visit his awesome travel-blog here) in Croatia in 2011, on an epic seven-day island-hopping adventure. We caught up again in his home town, Perth, when I was there visiting a friend, and then surprisingly again in Madrid in 2013, during my travels when he was living in London. 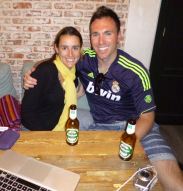 Coincidentally Mikey and Adie are another international couple (she’s English) – they met when he was working in London and now live together in Australia – and it was a great chance for me to not only spend a weekend speaking English (or Straaaayan), but also to chat about the many advantages and challenges of being in an inter-continental relationship.

Piran is simply a stunning, seaside town. Practically falling off the coast of Slovenia smack-bang between Italy and Croatia, the ocean is pristine and clear, the town sits picturesque against its turquoise-blue sea backdrop, and the food, influenced by surrounding countries, is fresh and heavily skewed towards seafood. 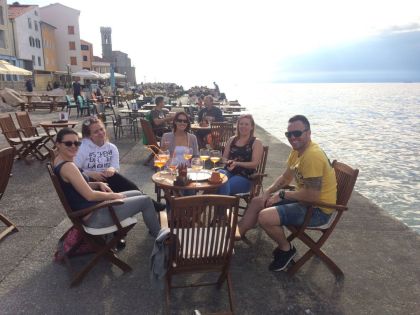 Last time Thomas and I were there it was the middle of summer, and given the previous evening we’d had, we didn’t do much more than relax, eat, drink and swim. This time, in the middle of May, the weather was cool, yet the sun shone with a ferocity that even had us Aussies donning sunscreen!

The best thing to do in Piran is simply sit by the water’s edge and enjoy the view, the food and the drinks – we introduced Mikey and Adie to Sommer Spritz and Aperol Spritz – essential beach-side beverages. Another must is taking in the amazing panorama from the top of the old city walls, as is strolling the old square and narrow, winding streets, sprinkled with cute restaurants and beachy shops selling magnets, sarongs and brightly coloured earrings. 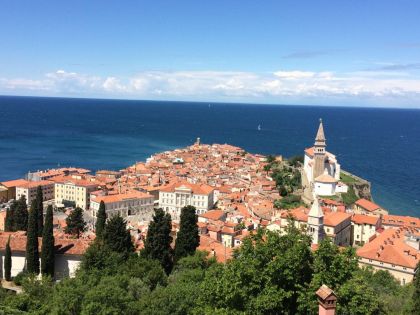 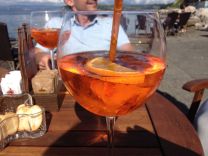 Mikey and Adie’s hostel had a secluded and protected rooftop terrace, so on the second day, with the wind buffeting the coast, we decided to simply enjoy a picnic dinner together: cheese, prosciutto, salami, bread, wine and beer. We also managed to peer pressure each other to go for a quick dip in the cold, salty water – and it was exactly that – very quick and very fresh!

I still find it astounding the tight bond you form with people you meet travelling – how spending a few days together in a foreign city can forge a friendship that lasts years or even a lifetime. The friendship maintains itself, through nothing more than the odd like or comment on Facebook, and just the mutual, unspoken agreement that if at some point in the future you happen to both be in the same place at the same time – you’ll meet up and it will be almost like no time has passed.

I guess because of the nature of these friendships, saying goodbye doesn’t bring with it the same kind of sadness that would occur if I met one of my Melbourne-besties for a weekend in Europe. So when it was time for Thomas and I to head home to Austria, we said a quick farewell and left Mikey and Adie to hunt out a laundry. And you know what, I’m quite sure that won’t be the last time we see them!

One thought on “A long weekend in Piran – catching up with an old friend, and meeting a new”