You can probably figure out the translation of Schnitzelwelt… that’s right – Schnitzel World. 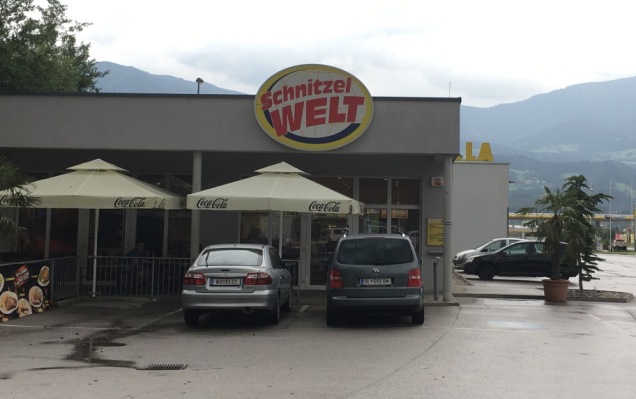 When we first drove past Schnitzelwelt, I had my eyes glued to the window of the car in excitement, begging, when can we go? The response from my husband was a mere grunt. His reasoning was, why would we bother going to a McDonalds-esque fast food outlet to get a schnitzel in Austria?

And he would be right to grunt, because let’s be honest, Austria is the home of schnitzel! Within spitting distance of my town are scores of restaurants, pubs, etc. offering them. Hell you can even get one while you’re doing your grocery shopping! And in most cases, they’re pretty damn good and not expensive.

So it begs the question? How on earth can a fast food outlet called Schnitzelwelt thrive in Austria?

So in an attempt to find out, I finally tried it out. Here’s my evaluation: 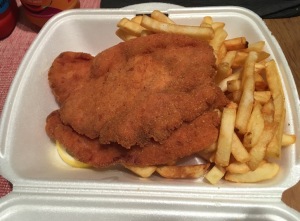 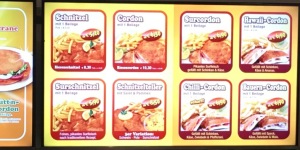 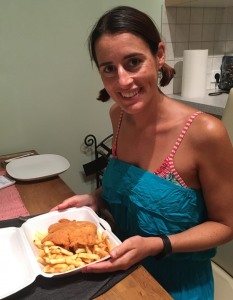 And so in conclusion… well I’m glad I finally tried it. But I probably won’t be heading back there anytime soon. If I’m lusting after a schnitzel I’ll go to a Gasthaus, and if I’m hankering for some really nasty fast food I’d rather have a kebab or just plain old McDonalds (I’m a sucker for a Big Mac).

Do I understand how Schnitzelwelt survives in Austria – the land of schnitzel? No. It’s like when Starbucks opened in Australia – and basically failed because the coffee culture was already so established. So who knows? Though I have to say, we certainly weren’t the only people in there.

Though I can definitely see Schnitzelwelt being a hit in other countries – Aussies would probably go gaga for it – I certainly did.