Moving on my previous post of favourite places being based on experience, I want to share my favourite three (ok I had to increase it to five) places from my first trip in 2011 and why.

Because it was totally unexpected. 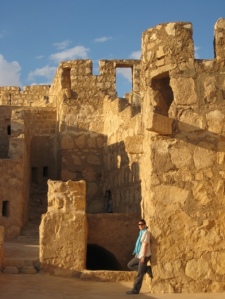 I had come from a disheartening two weeks in Egypt (not Egypt’s fault), stuck on a tour of three (me and a couple, every single girl’s dream) and transitioned into a great small group, with one of the best tour leaders in the world (not exaggerating). Then we entered Syria, a place we’d been warned might be inaccessible (2011, shortly before borders closed). Every part of that country just got me. The wonder. The beautiful women that we all drooled over. The complete surprise. Because the souks were crowded and thrilling and the hammam was one of the best afternoon’s of my entire life. Because of Palmyra and the Citadel of Aleppo. And because it’s no longer there. But that didn’t come until later. I was ASTOUNDED. I still am not over that place. It holds a small piece of my heart that I can’t ever get back because of what’s happened since.

Because sometimes sailing Croatia is exactly what you need.

Yes, I was a tourist. Yes, when I say Croatia I mean the islands around split and a booze cruise. And… I know… I know… I know. Shake your head sadly. You’re disappointment in me. But there was something in that week and a half that made it a magical experience. One day I might write further about it, but in the meantime, imagine the Croatian islands in May – still early enough for it not to be mad with tourists, but late enough that you can swim… and in the night… if you’re unsure about whether to take a jacket or not… just drink your jacket on.

Because I just can’t get enough.

Because it’s the most beautiful place in the world.

The days I was in Cinque Terre I experienced my first real alone time of the whole trip and finally learned how to actually be alone. And it was enlightening. I loved it because I spoke terrible Italian to the guy in the deli and took picnics alone on the rocks before fleeing a huge storm that rumbled in off the horizon. Because I could hear waves crashing in the night. And because I didn’t get bedbugs, even though I’m sure my roommate had them.

Because of Petra and the Dead Sea. 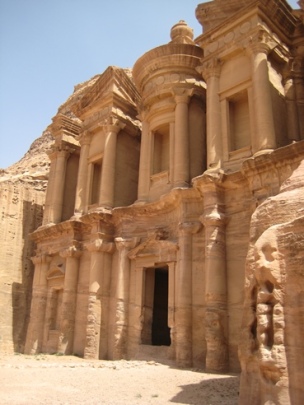 And it has nothing to do with Indiana Jones (I haven’t even managed to watch any of those movies from start to finish without falling asleep). After Egypt, Petra just blew my mind, even though my mind had already been blown and was barely capable of enlarging further. It was nasty hot the two days we traversed Petra and it was amazing anyway. And I haven’t even got to talking about the Dead Sea yet… and the way you actually float – yeah… you’ll float too.

Honestly I could ramble on for hours, but I’ll stop there. Those are my top five… so far… and one day I hope to see them all again.