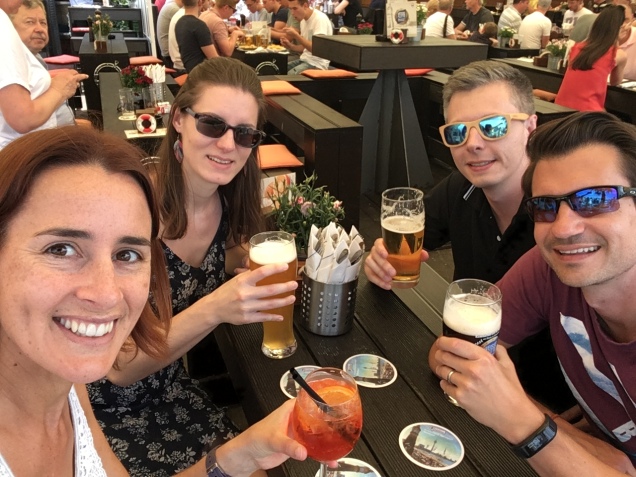 When I told people I was going to Düsseldorf for the long weekend the first thing they said was: why? Düsseldorf is a relatively large city on the left side of Germany (and that’s the level of preciseness you’re going to get from me), and from what I can tell it is renowned for two things:

Definitely not renowned for a ‘long weekend destination’. For us, it’s only flight from where we are in Austria, and when you’re constantly taking two flights to get anywhere OS, going somewhere that requires only a single hop is very enticing.

But we didn’t go to Düsseldorf for either business or shopping; we went to catch up with friends. I was on the tail-end of a very stressful work trip, and had flown in from Nice the night before. In short, all I wanted to do in Düsseldorf was catch up with said friends, and not much else.

And that is exactly what we did. We took walks into the city along the Rhine, we stopped at bars for food and drinks and we caught up. Being in Germany, beer is the drink of choice, so unfortunately for me that means forking out large sums of money in favour of wine spritzers or cocktails (because if you’re going to fork out money, why not make it for a cocktail?). 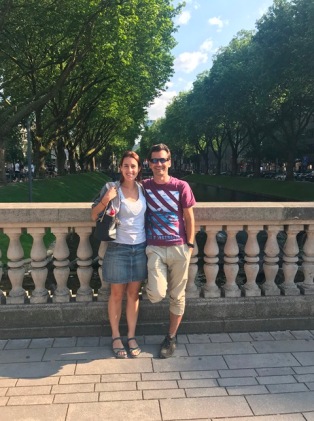 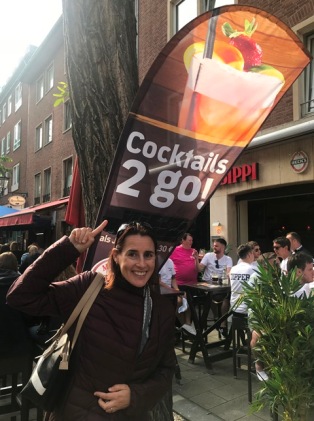 On the first day we went for buffet Asian, which is not German at all, but for which we all somehow got a sudden hankering for, and so off we went to Okini. In Germany the food is relatively similar to what I can get in Austria, so we took advantage of the international flavour of being in a big city. In the evening, we ended up at an Irish pub (awesome, because I can get cider on tap) and played darts until our eyes started crossing. Two learnings from this night: 1 – I am not good at darts. 2 – Never high five someone holding darts. 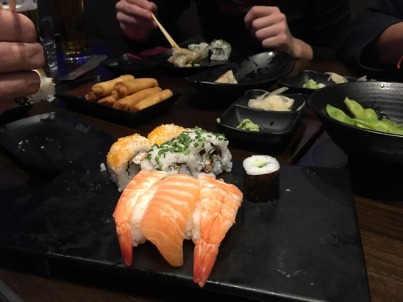 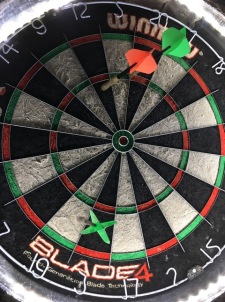 On the second day we decided to eat in, and Thomas took over the cooking to prepare an Indian feast. We drank wine and ate food and barked song orders in German to Alexa (that’s the Amazon gadget). We went to bed when we were tired and we slept until we woke up, plus a little bit more. 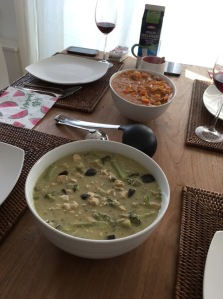 On the third day we actually kicked ourselves out of bed relatively early and went for a riverside run, because, to be honest, I’m a running kind of girl. Since by this time we’d pretty much done the city (avoiding the shopping because I’m not that kind of girl), we resigned ourselves to sitting riverside, people watching, downing (just a few) drinks at various locations (because apparently there are many different beers to try) and ending up with delicious burgers for dinner. But the highlight of the day for me – an apple cinnamon crepe. Because while it seems like these are really hard to find in Austria, in Germany, they’re a dime a dozen – and also one of my all time travelling favourites. 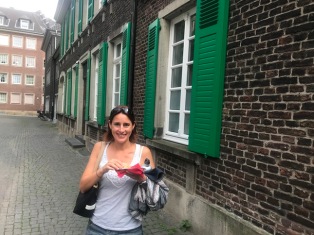 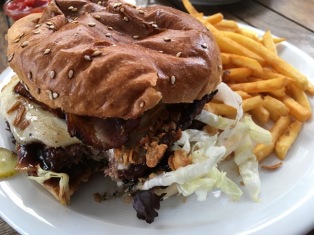 On the last day we were basically too lazy to do much of anything. I still felt only partially recovered from my crazy work schedule, so we just found time for a sluggish walk and an ice cream before it was time to head to the airport. There I found myself a pretty decent Pad Thai, finishing off the long weekend with something else I couldn’t get in small-town Austria. 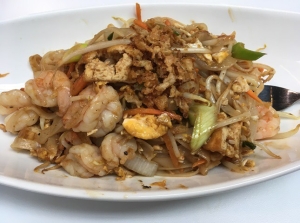 Düsseldorf, you treated me well, thanks for a well-needed relaxing weekend. I’m sure there’s more to the city than I saw, but if we don’t meet again soon, it was great to get to know you. And to our friends, we hope to catch up again soon, wherever that may be!