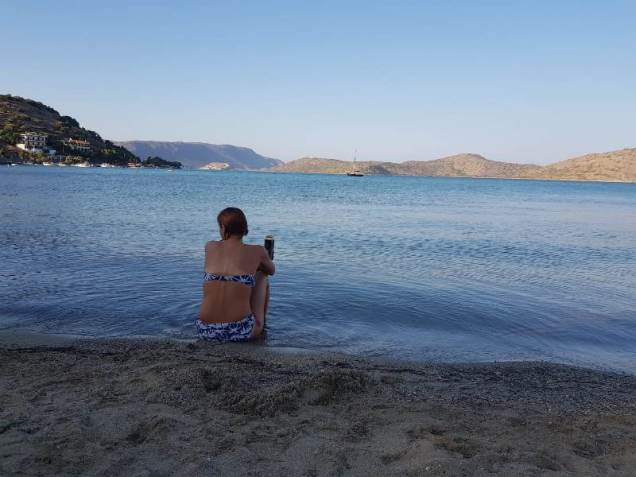 When a colleague of mine took an extended break living and working with her family in Crete, I realised it was the perfect chance  to holiday somewhere new. I’d done the Greek Islands as a backpacker (though not very well), but I’d never made it so far south.

My flight landed at the unfriendly time of 1:10am, and as I exited the aircraft I took the time to take a big breath of air, as I’d been instructed. Heat and spices, she’d said, and she was right. The air was a lovely 27 degrees, filled with a heady scent. I was glad I’d booked a nearby hotel with aircon. 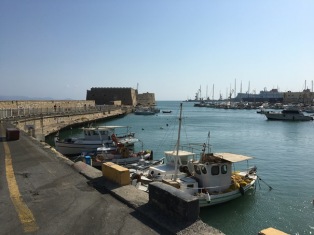 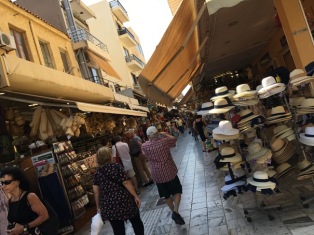 When I emerged the next morning I was hit with a wall of heat: windy, hot, air that pushed past me and blew out to sea like a hurricane. The location of my hotel was perfect for a morning walk, though I soon discovered that the shower I’d taken was superfluous (sweaty in three minutes). I wandered through the port then up and down the main tourist street of Heraklion, hearing snatches of Spanish, Italian, English and German, and loving it, more so because I knew I’d soon be out of it. And soon I was.

We drove about an hour away to the town of Agios Nikolaos, a cute little seaside hamlet, filled to the brim with people, and plenty of locals to combat the tourists. Even though I was still in Europe, I found myself being reminded of Australia – the low scrubs, the dusty landscape, the supreme heat… though since Crete sits at a similar latitude to the top of Africa, the landscape and weather makes sense. In many ways I felt more at home, in other ways it felt completely foreign.

We arrived at the lovely Greek villa where i would be staying for the five days I was there, and I met my new family – my mum, my aunt, an exuberant Doberman called Bella, a chilled out elderly dog called Dali, the tortoises, the chickens, the cod, and the cleaner, Maya, who is as much a part of the family as the rest of us.

I know that sounds like there was a crazy lot of us living there, and there was, but the second I arrived I felt like I belonged.

I had really begun to start doubting myself. Had thought that perhaps I was no longer able to mix and meet new people, to have conversations and make people laugh. In a German speaking world I feel at best awkward, at worst stupid. But here I was, in Greece, being included, being shouted at in foreign words, being given drinks and love regardless. And I thought to myself, I am doing ok. I am still the same old Debbie. She hasn’t been lost in this crazy European continent.

We all know that the Greeks live at a later time than most of us. I am used to dinner around 6-7. Here, drinks don’t begin until 8 o’clock, which we naturally call ouzo’o’clock, and then around 9:30 we might think about dinner. So it’s not surprising to find yourself dancing until 4am, quite bewildered that it’s gotten so late. I have to say, as a morning person, I adapted to the time and culture change quite well.

During my five days we visit beaches and cliffs, we breathe in delicious salty air staring out over seascapes, and we eat endless amounts of Greek food, lots of bread and sardines and seafood and all things you dream of by the ocean. I swear a sea turtle surfaces mere meters from where I am swimming, and it freaks me out, but not as much as the fish that try and bite my toes! I think we’ve already established that I hate fish from my wild swimming blog, and believe me, I didn’t stay in that water very long! 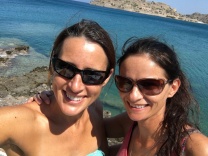 I get caught up in it all. It’s a real holiday. There’s no exercise (it’s too damn hot), and though I try to swim some laps in the backyard pool, the attentive Doberman is so intent on rescuing me that I have to stop putting my head under the water to calm her down. 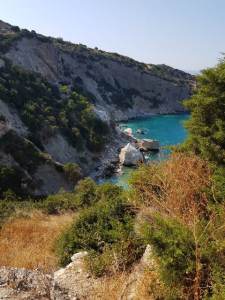 I love this welcoming Greek family. And these women that play Greek music in the evenings and have ouzo o’clock and are so full of spirit and life.

I am sad to leave. And even though I miss the heat that fills your nostrils like a packed chimney, I am now back to Austrian autumn which clears your mind with its bright blue skies and fresh breath.

It was a perfect burst of summer at the end of mine. See you again one day, Crete.

3 thoughts on “Short Trips – Crete – one last burst of summer”