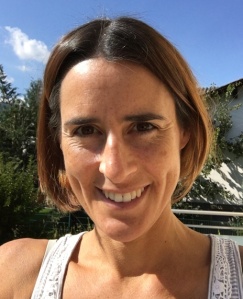 In the aftermath of passing my B1 test, I was experiencing renewed confidence in my German abilities. But of course, what goes up, must come down. A few weeks later, two incidents happened within about 20 minutes of one other, leaving me to realise I still have some work to do before I can call myself fluent.

Incident #1: Accidentally agreeing to a blow wave at the hairdresser.

What I heard her say was along the lines of: can I put a little something in your hair before I dry it? Of course, I didn’t want her to, I don’t like product in my hair generally; I prefer to bolt out of the hairdresser without even letting them dry it. But it was such a casual, offhand question, and I wasn’t prepared, so I found myself nodding, a nod that cost me extra time and extra money. Usually on a Friday hubby and I go out for dinner, in which case, a surprise blow wave would actually be welcome. But on this particular Friday hubby was away, so I was going home to… clean the house.

But first I had to pick up a few things at the supermarket, which is where incident number two took place.

Incident #2: Unknowingly telling someone my kids were doing well

For clarity, I do not have children.

On this particular day, the guy who stands outside the supermarket handing out trolleys decided that instead of simply saying hi, he would ask me an actual question. I was already flustered from my experience at the hairdresser, so after answering yes to him (which was the wrong answer), no (also wrong) I finally realised that what he was looking for was: “Good thanks.” Which I delivered with a flustered, anxious smile.

30 seconds later, safely inside, I suddenly realised that what he’d actually asked me, was: “How are the children?”

It seems that at seeing me for the first time ever with my hair done, I was unrecognisable. I had transformed into another person entirely, one with children.

Afterwards I sheepishly returned home, to clean my house, with my perfect hair. Sigh.