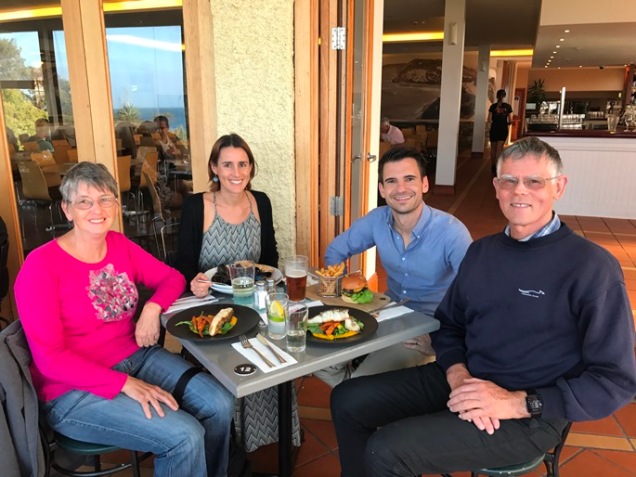 Returning after a holiday always leads to a multitude of questions: How was it? What did you do? And you answer: Yeah, it was awesome! We did heaps of cool stuff! But where do you go after that? How do you pick out just a few notables that that particular person might be interested in hearing about?

Well, I just spend a month in Australia. And it was awesome! And we did heaps of cool stuff! And if you really want to know more, keep reading!

Christmas in Australia was the first time we’d gone back for just a holiday, not for an actual reason. We were there to spend time with family and friends, and of course lap up some well-needed sunshine! With Christmas and the holiday period it definitely got crazy, rushing around catching up with everyone. But I also made time to relax, to run barefoot on the beach, to take long walks with my parents and dog, to enjoy the simple things.

I have a relatively small family, but Christmas seemed crowded with my auntie and my brother’s family joining the standard ‘party of four’. Christmas day was too cool to swim, yet perfect weather for cooking a roast and still warm enough to eat outside. While it’s tradition for many Australians to enjoy some kind of a seafood appetizer before lunch, this is not usually the case for my family. And yet, my brother headed out early and caught fresh calamari, which meant that that, teamed with roast lamb and chicken, trifle and Christmas pudding, had us well and truly stuffed!

Everyone assumes Australia is always hot in summer. And it’s true, it can get damn hot! But I’m from Melbourne, so it can also be less than ideal. We got lucky – although there weren’t too many picture perfect beach days, there were plenty of sun-filled ones. I managed to not wear one pair of pants, even though there was a particularly cool day when I probably should have. 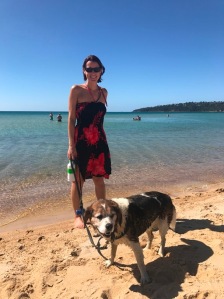 I did get to experience one of the hottest days on record (though this was subsequently surpassed by another hottest day on record after I left), so upon my return everyone in Austria was blown away by the fact that I didn’t seem overly concerned about enduring 50°C. Let’s put it into perspective though, although it was 50°C somewhere in Australia, it was only 42 where I was, and it was only for one day. And although 42 is definitely too hot, especially with a nasty northerly, for one day it’s bearable, and the remainder of the time was reasonably mild.

I clocked up over 18km of freestyle laps in various swimming pools and the ocean during my holiday in Australia. I pounded the beach barefoot every other morning that was humanly possible. I can count the times I wore shoes (other than thongs) and socks on one hand. I slathered on sunscreen like an albino (just in case my skin had become too European), though still ended up with a nice brown tint courtesy of my early morning run/swim sessions.

I ate like every day was my last. I enjoyed not one but two Bunnings sausages. We visited numerous wineries and purchased multiple bottles of wine which obviously all had to be consumed. I ate pie of the day at the pub, local mussels, fish-n-chips on the beach, a pastie with a caramel milkshake, Chinese & Indian banquets and a servo pie (a meat pie from the gas station, in case you’re wondering) with chocolate milk… we made scones with jam and double cream, and we even attempted Austrian Christmas cookies. As a side note, the humid temperatures of Australia at Christmas do not create the perfect conditions for baking Austrian cookies! On the other hand the temperature was perfect for drinking countless ciders while hubby tried every tap beer possible. 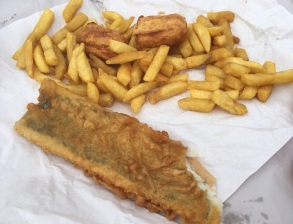 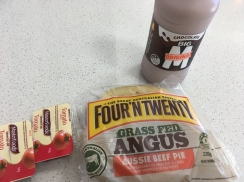 Every night I stayed with my parents we had fivesies – that is, various cheeses, dips and a cold beverage on the outside deck before dinner. I ordered hot chocolate at a café one day and it was served with marshmallows and a flake stick. Bliss. I slathered butter over raison toast and honey over crumpets, I snacked on caramel slices and salt-n-vinegar chips and Cadbury chocolate. I purchased packets of bran sticks and instant jelly and vegemite to take back with me.

I spent New Year’s up in Albury with my brother and his family. A horde of us, all toting kids of various ages, gathered at the weir in the afternoon for swimming and water skiing. We drank and snacked the time away before heading back for a BBQ, and even managed to stay up till midnight.

All my friends banded together and we tramped into the city to eat at a random restaurant in Chinatown and go dancing at the same place I had celebrated my hen’s party. It was sweaty but it was fabulous. I met a newcomer, less than 2 weeks old in this world, I caught up with my friend’s kids and resisted the urge to exclaim how much they’d grown.

My dog, given six months to live more than six months ago, was alive and kicking, so there were plenty of long walks and plenty of ‘accidentally’ dropped morsels, along with morning and nightly dips in the ocean. 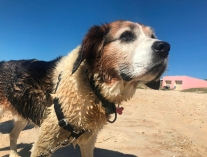 I got annoyed with my parents like I was 16 years old again. I berated myself for being annoyed and deigned to do better. And the cycle repeated itself. I saved my last week after hubby had gone home for some quality time with them, hanging out at their house by the beach, taking mum shopping, reorganising her wardrobe, going through old photos, drinking cups of tea and eating cake. The evenings found me playing scrabble with mum, finding interesting Netflix shows for dad, and telling the old jokes again and again because, well, they’re funny to us.

The days were long, the nights were warm. I fell straight back into Aussie slang, a part of me reawakened after close-to two years away. And when it was time to go, I was surprised to find myself ready. Not ready for winter, not ready for work, but ready to go home – my other home. But every moment, every second in Australia was precious, every part of it was well worth the jet lag and the 24 hour flight.