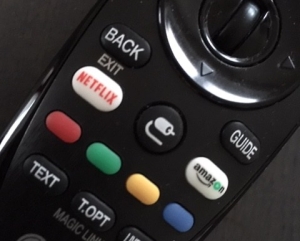 Netflix is great… isn’t it?

Well, whatever your opinion it’s a bit of a turnaround for me, because I was always the one that insisted I would never pay for TV. I didn’t need all those extra random channels full of repeats and garbage… what was available on free to air was perfectly fine.

To be fair I wasn’t a huge TV watcher, but still.

Then I arrived in Austria. And suddenly TV was all German. All German. All. The. Time. And so I just stopped watching TV completely. And I did weird things like actually hiring or buying DVDs.

And then came Netflix.

So we jumped on the bandwagon, and now I have plenty to watch. And although some shows are only available in German, most of what I want to watch is in English.

But the shows I get most excited about are Australian shows. Yet because Netflix changes its availability depending on what country you’re in, just because my friends back home recommend a particular show, it’s doesn’t mean I can actually watch it. So I keep my eyes peeled.

I found Please Like Me which is a dark comedy by Josh Thomas about a guy that realises he’s gay and goes on a journey of self-discovery. Not only was it a great show, but it was oh-so-hilariously Aussie. I found myself crying with laughter at times (and sadness at others). It seemed even funnier because I was watching it from further away, almost as if being out of the country made me notice the Aussie-ness more. I made hubby watch some parts with me – just so he could understand – I’m not actually weird, I’m just Aussie – there is a whole nation out there who thinks a roast without gravy is sacrilegious!

Please Like Me also features Noni from Playschool – which is how I will always remember her, along with Hannah Gadsby, now of Nanette fame. Nanette is another show that I watched recently on Netflix. I began watching with no idea of where it was going, after a friend recommended it, having seen the first 5 minutes, also not knowing where it was going. I duly sent said friend texts like: “Oh it’s sooooo funny. Thanks for the recommendation.” And then Nanette went down a road that I wasn’t expecting – a dark road that while it was at times humorous, could no longer be called ‘funny’. If you haven’t seen it, google it, it’ll tell you what you want to know.

In the in-between moments of nothing, I started watching Wild Australia, a documentary about Australian animals. The content is… well… pretty standard, but the funny thing about it is that it seems to be written for a foreign audience, which means the guy doing the voice over, plus all the terminology used, is exaggeratingly Aussie. Hubby and I were pissing ourselves laughing over the line: “But there’s no escaping the intense spring sun.” Spring sun in Austria would never be described as intense.

And in seeing how much I was enjoyed my Aussie shows, Thomas and I looked for something we could watch together. Enter Zumbo’s Just Desserts – more on that next week.

One thought on “Aussie shows on Netflix – coming home”