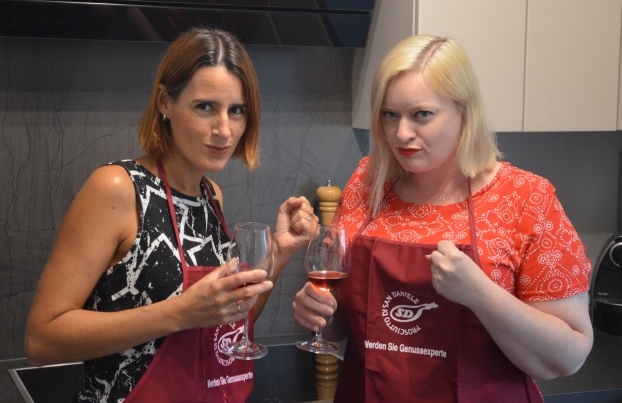 From our binge-watching sessions of cooking shows on Netflix, an idea emerged to undertake our own cooking challenge while my friend visited in the summer. Hubby would be the judge/host/timekeeper and my friend and I would be the duelling challengers.

Of course, it’s a lot harder to recreate a cooking challenge than it is on television, backed with money. The challenge can’t be too complicated, and you have to take into account that two people need to use one kitchen – so things like utensils, pots and cooking appliances are limited to what we actually own, and have to be shared accordingly.

Hubby gave us the brief the night before so we had some time to ‘plan’ our meals and go shopping. We were allowed to do as much research as we wanted, both before and during the challenge.

Requirements: create either an entrée and main or main and dessert that incorporates an element of puff pastry

Quantity: enough to feed the three of us 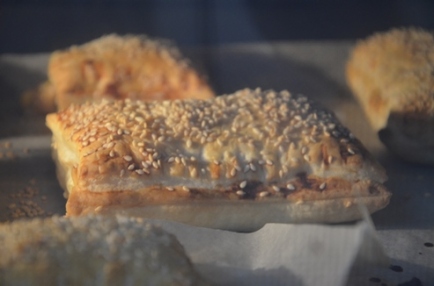 While the concept was simple, it also left plenty of room for creativity. On the day of the challenge we headed to the shops to pick up supplies, donned our matching aprons (because yeah, we had some) and got our cooking on. 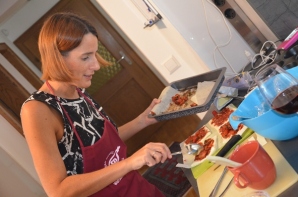 Jodie did entrée, I did dessert. The meal began with fluffy salami and cheese pinwheels, the main was tuna parcels and tomato-basil open pastries, and dessert was cheat’s apple tart. We danced around each other in the kitchen, negotiated cooking times and space, and naturally added wine to the mix. And at the end of the 1.5 hours… we had both completed our challenge.

The winner? Naturally, it was a tie. Everything we produced was great – even possibly better than we expected.

I know it’s the kind of thing one would do at age 16 (sans wine), and believe me, Jodie and I did have our own version back then, so it was a fun way to wind the clock back and laugh at ourselves a little. We had heaps of fun, let the creative juices fly, jested nasty comments toward each other, struck up a little competitive spirit and ended with a delicious meal.

There might not have been any tempering of chocolate or mirror glazing, but it was enough of a challenge for us amateur cooks!