How to start? Cliché, cliché, cliché, is all I can think of. So I’ll just say it. A few days ago my dog died. And I’m devastated.

The Captain made it to the grand age of 15.5, which, for a beagle, is nothing to be sneezed at. Or gobbled at, which is what he most certainly would have done. 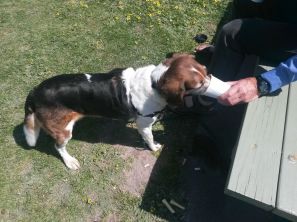 When he was just six months old he endured a marathon surgery and lost 30cm of bowel from ingesting a corn cob. Five years ago we rushed him to the vet for a forced vomit after he ate two absorbent meat pads. The Captain was technically a beagle-cross-cavalier, but inside his mashed-up DNA was a heart and head of pure beagle. He ate anything and everything, he dug like he was imprisoned at Alcatraz, and he chased any moving creature smaller than himself (and some larger, too).

He used up far more lives than any of us could ever hope to with his various escapes, near-misses with cars, and the myriad of random things he gorged on. And ultimately it was this last aspect that was his downfall.

Cap had stopped eating, and for a beagle, that generally means it’s over. He would have needed an operation to remove the blockage from whatever it was he ate, and he was too old. About two years ago, he was given six months to live following some spinal problems, and although he’d far outlived everyone’s expectations, we all knew it was only a matter of time before that issue sprung back up and finished him off.

So in some ways, it was fitting that he left this world because of something he ate. I am thankful that he was still healthy enough to enjoy long daily walks with my parents until just a day prior. When I saw him at Christmas it was unnerving to notice just how much slower he was… how his back legs often shook and he struggled to take the stairs at time. But he was still happy, and in no pain. In many ways, going now probably saved him from a much slower, more painful and difficult end.

There were a lot of tears when I heard the news. Even from 15,000km away it cut like a knife.

I remember the good times – the car rides he loved so much – the camping trips and the occasions he was allowed off lead to do as he pleased – his role as Best Dog at my wedding – and the wagging tail that would always greet me when I got home after work. 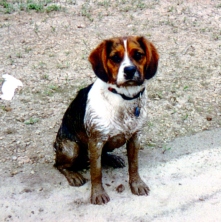 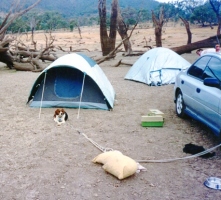 I remember the not so good times – the times he would wake me up at the crack of dawn barking at hot air balloons, because they are so damn offensive – that time he ate a whole batch of my housemate’s cheesecake mixture – and the way my heart jumped into my throat when I got a call from a random stranger who’d found him escaped on the street.

He was my little boy, my best mate, and even though I didn’t care for him for the last five years, he always will be. 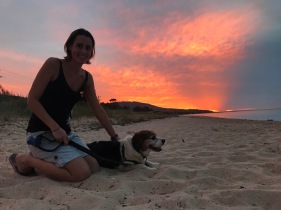 But it is not me that had to drive him to the vet and endure the heart-breaking last moments. It is not me that will bear the grief of waking up in the morning and not having a wet nose to greet me, not having a dog to walk; those griefs I endured when I first left Australia. It will be my parents that will have to bear these griefs now, and for that I am both thankful and envious. 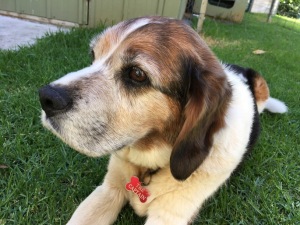 His final resting place is in the back garden, underneath the apricot tree, fitting because he loved to be outdoors. My month in Australia recently, seeing him just one last time (even though I was sure last year was the last time) is something I’ll always treasure. It was almost like he waited for me… one last time… one last walk… one last bath… one last goodbye.

I know he touched lots of hearts. All my friends and family, his various puppy playmates, the housemates I lived with over the years who had no choice but to love him… though maybe not that family who’s loaf of bread he ate while we were camping that time… But especially my parents, who chose to keep him when I left the country, who allowed him to retire to the beach with them, and who definitely prolonged his life with their care and daily walks. 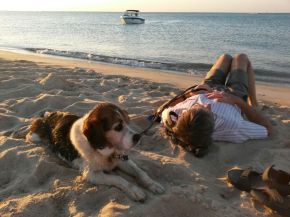 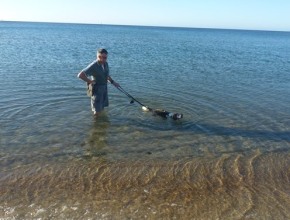 Hubby and I held a memorial of sorts for him. We had sausages in bread for dinner – two of The Captain’s favourite foods. Cap would have loved that.

Roam free my friend. Because now you’re in a place where you can always be off leash and eat as much as you want.