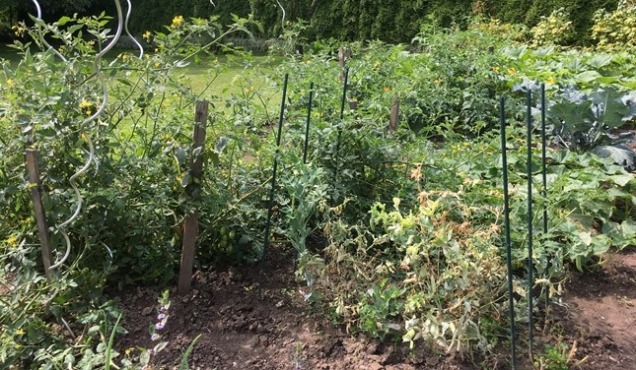 Last year was the first time I embarked on growing my own veggie garden. I detailed my escapades in Part 1, Part 2 and Part 3. This year, I won’t take you on such a long and winding journey, but I will give you a quick rundown of how it all went.

In Austria, we have this thing called ‘Eisheiligen’. It happens in May, and basically signifies the last ‘cold’ day before spring, after which you’re safe to sow seeds. After the death of our seedlings last year, we’d already decided not to pre-grow the veggies, so I patiently waited for Eisheligen. But this year, Eisheiligen didn’t really happen. It was cold… it was mild… and then it was… well… still mild. 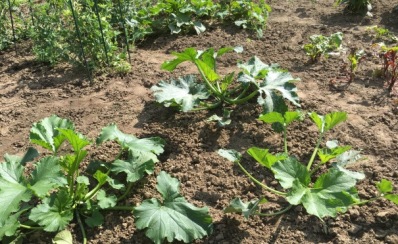 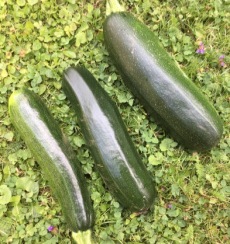 So my garden got off to a late start. And for whatever reason I also found it difficult to get things going – I planted at least 6 zucchinis and pumpkins before anything sprouted, and that only meant more delays. Despite my pledge to plant less than 4 zucchinis this year, I miraculously ended up with exactly that, resulting in again far too many which I dutifully passed onto the in-laws. The pumpkins also suffered from late sowing – we only got about 10 small orange creatures, but let’s be honest, they were tasty and it’s probably enough for a family of 2! 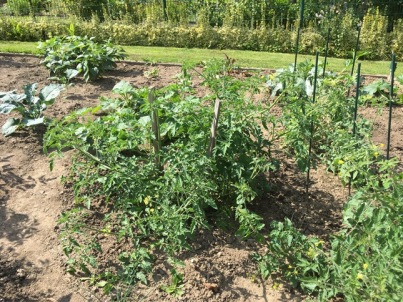 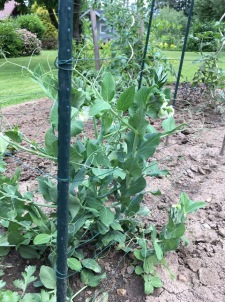 The radishes, snow peas, beans and spring onion all went great guns – as they did last year.  The sweet corn did really well – we only lost one in a storm. I dutifully purchased three tomatoes from the local nursery – only to discover that my garden was shooting out its own seedlings from last year’s tomato wilderness. I did pull a lot out, but I couldn’t bring myself to destroy them all – so we ended up with about 10 tomato plants in total. And boy did they go nut. Like, absolutely nuts. I was pruning those guys back twice a week to no avail. I cooked up and froze several large batches before heavy rain split and rotted the rest. 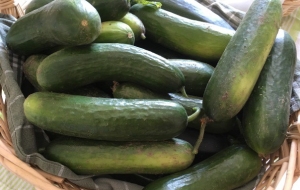 The biggest number disaster by far were the cucumbers. This year I succeeded in buying the right ones at least – mini cucumbers are much easier to eat up, store and gift. However, apparently 6 plants is too many. I think 2 is probably too many. So I hereby pledge to plant only 2 next year. And we’ll see how that goes!

The additional coriander was unnecessary, as detailed in my earlier post, and the silverbeet, which I spent a lot of time and effort protecting, did eventually result in a couple of good meals.

The broccoli, like everything else, took ages to get going, but right during harvesting I happened to be away, so I only got a sprinkling of florets after all the big ones rotted from rain. Last year I was making broccoli soup every other day, this year – sadly just one pot. 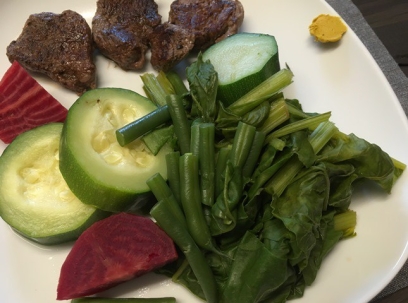 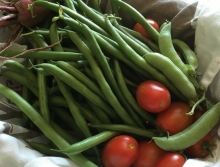 The beetroot – weirdo that he is… I did eat one eventually and he tasted ok – but the others grew small and shrivelled. And the capsicums… even though I planted about 30 seeds… none of them actually ever made it out of the ground that I saw.

All in all, it was a successful year. We ate plenty, froze plenty and threw away very little. And for the rest of it rotting in the garden, well that just serves to feed the birds and the worms and the other creepy crawlies that will help my soil regenerate for next year.